Barcelona, Spain: Radiotherapy after breast conserving surgery in conjunction with chemotherapy or tamoxifen to treat early breast cancer reduces the risk of the disease returning in the same breast in the next ten years but makes little difference to that risk thereafter. Nor does it improve overall survival after 30 years.

Ian Kunkler, Honorary Professor of Clinical Oncology at the University of Edinburgh (UK), told the 13th European Breast Cancer Conference that one of the longest and most up-to-date follow-ups of randomised controlled clinical trials of breast conserving therapy is probably unique and provides important information for long-term survivors of breast cancer and their doctors. 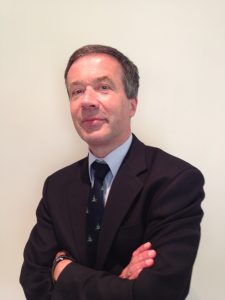 “Long-term follow-up is essential in breast cancer trials so that we can understand the full picture,” he said. “These data challenge the idea that radiotherapy improves long-term survival by preventing recurrences of cancer in the same breast.”

The Scottish breast conservation trial followed 585 patients aged 70 or younger for 30 years. After diagnosis with early breast cancer, they were treated with breast conserving surgery followed by systemic therapy, such as chemotherapy or the drug tamoxifen, depending on whether or not their cancer was driven by the hormone, oestrogen. They were also randomised to receive or not to receive radiotherapy after surgery.

Ten years after radiotherapy, recurrence of the disease in the same breast (known as ‘locoregional recurrence’ or ‘ipsilateral breast tumour recurrence’) was significantly reduced by more than 60% in the women who had been randomised to receive radiotherapy compared to those who had not. However, after the first ten years, the annual risk of a recurrence was similar in both groups, as was overall survival: 30 years after their treatment, 24% of women who had radiotherapy were still alive compared to 27.5% of those who did not.

Prof. Kunkler said: “We found that there is no long-term improvement in overall survival for those women having radiotherapy. This may be because, although radiotherapy may help to prevent some breast cancer deaths, it may also cause a few more deaths, particularly a long time after the radiotherapy, from other causes such as heart and blood vessel diseases.

“Patients with breast cancer can live for decades after treatment for the disease. These findings warrant comparison with other studies of similar design through long-term, careful follow-up. Follow-up of randomised breast cancer clinical trials beyond ten years is often constrained by shortage of resources. Funders need to support the collection of long-term outcome data. The results I’m presenting today show that such data can challenge traditional concepts of long-term anti-cancer benefits of radiotherapy.”

“It’s important to note that every woman with breast cancer is different and will have different forms of the disease. Decisions about whether or not to have radiotherapy after surgery should be taken by patients and their doctors after careful discussion, taking into account the individual characteristics of their breast cancer and the likely risks of recurrence over the long term, both within and outside the breast, and of treatment-related toxicity.”

Dr Tanja Spanic is co-chair of the European Breast Cancer Conference, a patient advocate and president of Europa Donna – The European Breast Cancer Coalition. She was not involved with the research. She said: “I was diagnosed with breast cancer when I was only 26. One of the questions that I had, as do many women when they are first diagnosed, is what is the best treatment for me not only to treat the cancer but also to help me live a healthy long life? As this very long-term follow-up of patients with breast cancer shows, these are complex issues that patients and their doctors need to consider when choosing the best treatments. We need more studies like this that follow patients for decades to get the true picture of the long-term effects of treatments.”

The trial was funded originally by the Medical Research Council, with support from Zenica Pharmaceuticals. The long-term follow-up was funded by PFS Genomics Inc (now part of Exact Sciences) and the Breast Cancer Institute charity (the fund is held within Edinburgh and Lothians Health Foundation).